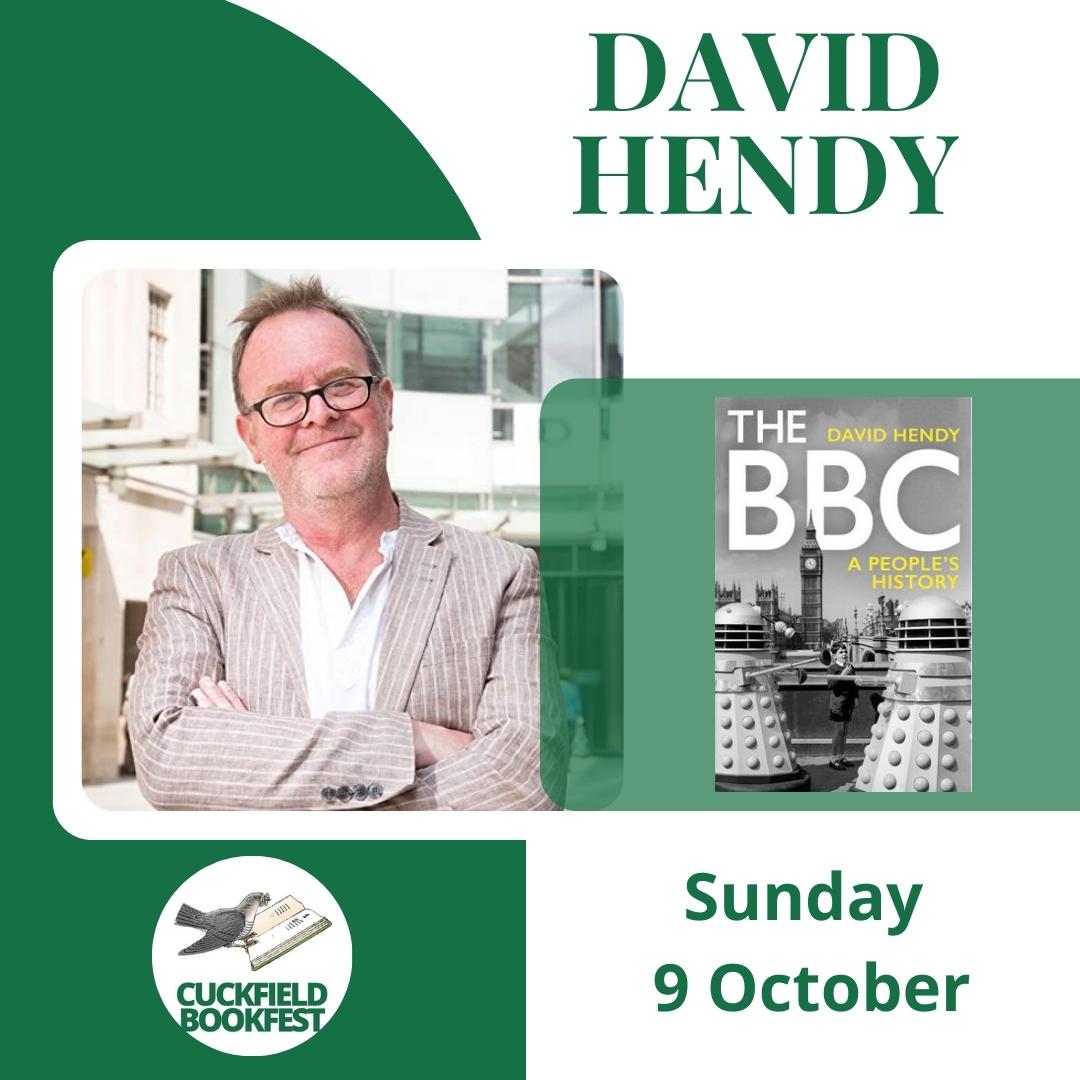 The BBC – a People’s History

In The BBC, professor and historian David Hendy traces the BBC from its beginnings through war, the creation of television, changing public taste, austerity and massive cultural change. The BBC has constantly evolved, developing from one radio station to television, then multiple channels and now the competition from the internet and streaming services.

This is the only major authorised history of the BBC, published for the centenary celebrations
of 2022.

David Hendy is Professor of Media and Cultural Studies at the University of Sussex.  He will be talking to Julian  Worricker who has more than 30 years’ experience of working with the BBC.  He has also been at every Cuckfield BookFest since he was high jacked at a q and a session at the Park Theatre, Finsbury Park.