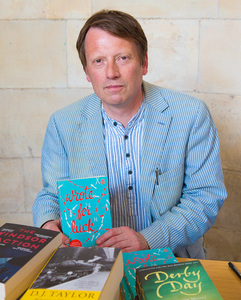 Who were the Lost Girls? At least a dozen or so young women at large in Blitz-era London have a claim to this title. Lost Girls concentrates on four. Chic, glamorous and bohemian, they cut a swathe through English literary and artistic life in the 1940s. Three of them had affairs with Lucian Freud. One of them married George Orwell. Another became the mistress of the King of Egypt and was flogged by him on the steps of the Royal Palace. And all of them were associated with the decade’s most celebrated literary magazine, Horizon. They are a genuine missing link between the first wave of newly liberated young women of the post-Great War era and the Dionysiac free-for-all of the 1960s. Hectic, passionate and unexpectedly poignant, this is their story.

Intertwining across two decades, The Love Child recounts two extraordinary stories with secrets long-buried which come to light in this account of one young mother’s ultimate sacrifice when she becomes pregnant in 1917 and then a child’s desperate search to uncover the truth. This is a compelling story of love, loss and unending hope by an author whose 2018 book was a Richard and
Judy book club pick.

David and Rachel have been married for 29 years and both of them are successful authors.
Their work is completely different but what happens in practice? Do they consult each other on possible projects, on plotting, on progress? Do they read each other’s work before submitting it to the publishers? How honest are they as critics? They will be revealing all about their daily writing lives in discussion with Peter Guttridge.