It is 1857 and the Highland Clearances have left the Isle of Skye devastated and the crofters suspicious and hostile. They believe that two young girls who have disappeared are victims of the spirits of the unforgiven dead. This period novel of folk tales and injustice follows Anna Mazzola’s first novel which won the 2018 Edgar Allan Poe Award for Best Paperback Original. Anna Mazzola is a criminal justice solicitor and lives in London.

To avoid the trauma of the First World War, Piet Barol heads into Africa’s greatest forest in search of a prize he thinks will make his fortune. Part magic realism, part fable, part history, Richard Mason’s book is a story of sacred mystery, human temptation and theft. Richard Mason’s first novel sold 1.5 million copies while he was still at Oxford. In 2009, he founded and built Project Lulutho, a centre for adult learning and green farming in South Africa’s rural Eastern Cape.

Richard is also a screenwriter and lives in London. 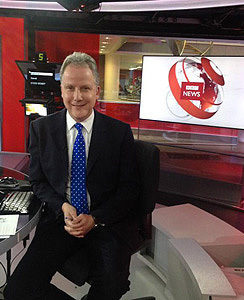 Anna and Richard will be discussing their books with Julian Worricker, well known BBC Radio 4 broadcaster.