The Mountbattens
Their Lives and Loves 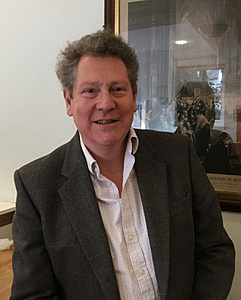 To mark the 40th anniversary of Lord Mountbatten’s assassination by the IRA, comes a nuanced portrayal  of two remarkable people and their complex marriage. Drawing on four years of research around the world, Andrew Lownie provides a fresh and revealing portrait of the glamorous couple behind the modern royal family. It also reveals much new information on many of the controversies of Mountbatten’s career from the disastrous 1942 Dieppe Raid to the rapid transfer of power in India in 1947 as well as his murder in 1979. Andrew Lownie has run his own literary agency since 1988. His book Stalin’s Englishman was a prize-winning biography of Guy Burgess.
Sponsored by Stephen and Judy Cockburn.